My wished for Memorial Service: For the programme cover: 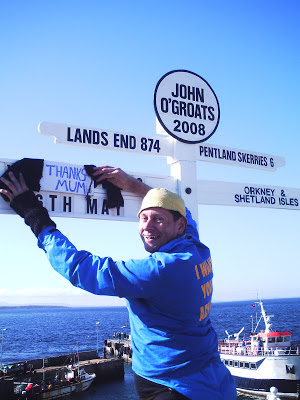 The videos for the service are on the playlist entitled "My funeral Wish List" at http://YouTube.com/toothpaste007
Here's one that I hope will be played towards the end: And here's one not officially on the list (due to risk of misinterpretation) that holds up a kind of mirror to me:

"A Time of Ashes" (as referred to in the blurb below this blog's title) comes from Robert Bly's difficult (for me) groundbreaking book about men, Iron John. In this third chapter (which I got into having twice given up after reading two chapters over as many years) Bly took up the issue of naïveté, numbness, depression and katabasis. The full chapter title is "The Road of Ashes, Descent, and Grief".

The Greeks spoke of katabasis as an abrupt drop when a man no longer feels like a special person. My video on this loss of specialness is from Timeon in the "My Buddhafield" playlist & is also on my funeral playlist; hopefully not to be played by my human remains until 2045?

Bly states that these days katabasis comes about through addiction to alcohol, drugs, food, sex, etc. “The man loses his health and ends up with thin legs, flat energy, deprived of wife and children, deprived of friends, house, money. He loses his job, self-respect, and every mark of his former art and life.”

Bly goes on to say that in the nineteenth century, men characteristically failed to notice the female suffering, and in this century, men have added another inattention: they characteristically have failed to notice their own suffering. Men endeavor to stay above it, away from it rather than dealing with it by going down and into it, to learn from it. He encourages men to take the downward path as an elective to avoid the crisis or potential disaster that can arise from katabasis. Depression is a form of katabasis. The epidemic of anxiety is wreaking havoc in the lives of millions of men. Exploring one’s grievances and getting in touch with one’s grief can be the antidote.

It appears that psyche arranges a severe katabasis if the man does not know enough to go down on his own. Bly suggests that, “With intitiators gone from our culture, we do not receive instruction on how to go down on our own… To live the life of ashes is very different from dropping into katabasis. It doesn’t require a fall in social status. It is not so explosive; there is something about ashes that is steady, even lethargic… Ashes and cinders in fairy tales are code words for the ashy, sooty, depressed, ‘out of it’ time.”

“The word ashes contains in it a dark feeling for death; ashes when put on the face whiten it as death does…some men around thirty-five or forty will begin to experience ashes privately, without ritual, even without old men. They begin to notice how many of their dreams have turned to ashes.”

Bly gives us, “…By contrast, the old men in traditional initiation lead the young men to the Beneath Father, near where the ancestors live and where snakes are… Initiation asks the son to move his love energy away from the attractive mother to the relatively unattractive serpent father. All that is ashes-work. When a man enters this stage he regards Descent as a holy thing, he increases his tolerance for ashes, eats dust as snakes do, increases his stomach for terrifying insights, deepens his ability to digest evil facts of history, accepts the job of working seven years under the ground, leaves the granary at will through the rat’s hole, bites on cinders, learns to shudder, and follows the voice of the old mole below the ground.”
Posted by Paul Crosland at 11:32 AM