Tweet
Posted by Paul Crosland at 11:58 PM No comments:

To borrow an iPhone better than the one that filmed the clip below, go to www.freelender.org
As the leading UK-based environmental think tank said of the work of Freelending CIC, which I co-direct:
"Local sharing schemes like Landshare, Hospitality Club and Freelender.org mean you don’t need to own your allotment, car or drill, and you can sofa-surf your way around the world." (Forum for the future)

Below, filmed sideways, is a 2011 update in relation to winning the 2010 Social Innovation Camp:

And here is the presentation we made as the 'Safeground team':

(More about this is on www.restorativetechnology.blogspot.com)

"Paul Crosland is CEO of Restorative Technology Ltd and CEO of Mediation Support Ltd; organisations which are re-locating to Hastings in the wake of the fire in order to support the learning that can come from damage to (heritage) property and support the creation of a community where such destruction is less likely in the future.
(The People's Justice service is just one way provided by Mediation Support Ltd to begin this work)

Since 2001 Paul's work has included providing training, conferences, publications and support to mediation services and restorative practitioners and policy advice to government. During his 5 years as Head of Restorative Justice at the national charity for mediation services, Mediation UK, Paul won contracts with the Youth Justice Board and received a personal invitation from the Prime Minister at 10 Downing Street to be thanked for his work “on behalf of the victims of crime”. His previous work was as a criminologist and a volunteer neighbour mediator. Paul has trained in workplace mediation and, for a while, specialised as a co-ordinator of prison based restorative justice projects: www.restorativeprisons.org.uk; work which he hopes to return to in the context of Sussex Prisons after 2012. In 2010 Paul was part of the team that won the Social Innovation Camp for the best mobile/web-based idea likely to reduce youth custody and youth offending; work which is now funded by the National Endowment for Science, Technology and the Arts and is headed by Paul, as CEO of Restorative Technology Ltd.”
Posted by Paul Crosland at 5:31 PM No comments:

The web is a battle ground for me, and I suspect in some way, for you too? Where the conflict is is in relation to what the web is for? My use of it is both about 'What can I grasp?'and 'What can I give?' When I engage with the web with an intention of giving, I experience open, expansive states. This I like much more than when I let the web ensnare my tendencies towards greed, hatred and confusion about what's most important now.

Be wryly amused about how I even try and bring the healing of 'being with nature'into a blog: www.whatkindofwater.blogspot.com
Be even more amused at Paul following the wry advice of a friend to create a blog of my newesr blogs!: www.paulsnewestblog.blogspot.com; a meta-blog, no less.

Call in at the "generosity Head Quarters" in Hastings (or take the virtual tour):
http://sussexcommunity.blogspot.com/p/mediation-support-ltd-at-southwater.html
Kind Regards
Paul
Posted by Paul Crosland at 11:47 AM No comments:

Thought for the day on Restorative Justice 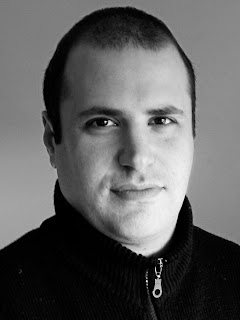 Here is: Thought for the day on Restorative Justice

And here are Vishvapani's other Thoughts for the Day

NB When I last bumped into Vishvapani and asked him for a quick thought for the day, he said this in a deep (feigned Oriental?) voice:

Posted by Paul Crosland at 7:39 AM No comments: