Win Back Control of Hastings Pier in #2066

Here's the playlist “Win Back Control of Hastings Pier in #2066Country”:
https://www.youtube.com/playlist?list=PLM4IagQQExozrNmDLpTw5yef5luL4litr
*****************
Please upload your own “Hastings Pier -My legitimate co-claim via #2066Country” film on YouTube & add your name (unless you upload anonymously obvs!).
*****************
This film is my Part 1 (apologies that my talking to camera is so quiet -before the music comes in).
As/when I go on to record Part 2 of  my legitimate co-claim to Hastings Pier , I imagine revealing the inside story and extent of my involvement, policy making, provocation and investment with the HPWRT/Pier Charity. Also how this inter-played with the Community Development in Hastings and St Leonards, not least of which was the #2066 Timebanking gallery at the Southwater Community Sentence (by St Leonards Warrior Square Station): some of the legacy and ongoing work which is at http://2066.info

FYI:
I’m a self-appointed (and think-tank award winning*) advocate of the “New Society”, accountable to a group of organisations collectively called the St Leonards Sharing Consortium, which, with sufficient support -eg crowdfunding- would/(will?) morph into a political party provisionally entitled “The Care4Caring and Sharing Party”; the leading branch of which (#2066Country - https://Twitter.com/2066Country) challenges our collective perspective on the non-collective ownership of property, as drawn out through the campaign to “Win Back Control of Hastings Pier in #2066”

I aspire to lead two Triratna Buddhist “Team Based Right Livelihoods” which model and recruit innovators/leaders in:

a) the innovations in “Care for Caring” that was akin to a religious conversion for Professor Heinz Wolff: https://youtu.be/i_MZZnJhsvI ; in dialogue with me at https://youtu.be/sd5BRptG_Ek 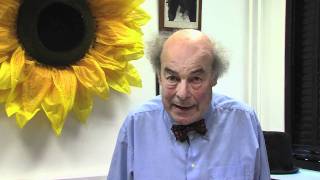 b) the conscious attempt to live only a third of one’s economic life in the monetary economy, with a third lived via close relationship to a Timebank and the first or last third lived in http:/Twitter.com/gifteconomics

Please note that when I've emailed some of the above text and links, it has been interpreted as “trying to sell me something”!!

Given the opportunity to respond to this “ouchy” judgement, I would seek an agreed rephrasing that as “Lend-It-All Man”, I stand for generosity, mine and yours, asking all to reconsider how to bring about a more caring and sharing society, modelling new routes to common ownership as championed in “The 10 Pillars of Buddhism” by my profoundest teacher, Urgyen Sangharakshita.


Please connect, subscribe or follow - a quality first follower would enable so may of these ideas to gain traction; that quality "first follower" could be you!:

*RE “Think Tank Award Winning” - this includes leading the presentation that won the Social Innovation Camp award - judged by representatives from the Youth Justice Board, Police Improvement Agency and Prison Reform Trust - for the mobile/web app that best reduces youth crime & custody: https://youtu.be/HUkjV2JVRPs

Posted by Paul Crosland at 4:24 AM