Posted by Paul Crosland at 3:09 AM No comments:

The Hastings Observer has published an edited version of a letter I submitted and given it the headline "Wait for pier fire justice goes on": http://sussexcommunity.blogspot.co.uk/2014/08/wait-for-pier-fire-justice.html
Follow the link for the full version.

Posted by Paul Crosland at 12:58 PM No comments:

Posted by Paul Crosland at 1:29 AM No comments:

Posted by Paul Crosland at 12:28 PM No comments:

1) Keep coming back to the values of "caring and sharing"
2) Where there is difference, build understanding and trust
3) Practice seeing "my" property/wealth as belonging to the community
4) Honour the "5 ways of well being": Connect, Be Active, Take Notice, Keep Learning & Give
5) Value community learning opportunities eg "Hastings Pier Fire Justice Fiasco"/ "We Need To Act If We Want Justice"
6) In responses to all conflagrations develop creativity & flexible nonviolent (direct) action
7) Earn our care in later years by acts of service this week
8) Generate support structures for all with as much wisdom and compassion as we can foster for self and other/world.
(http://StLeonardsSharing.info) 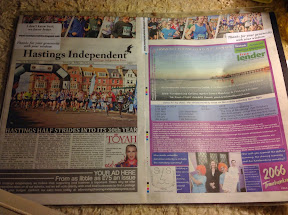 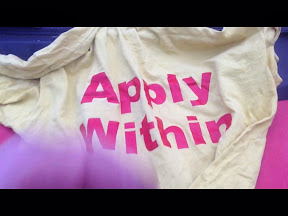 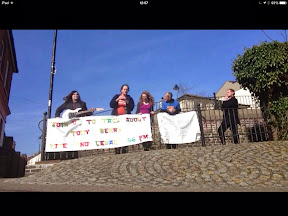 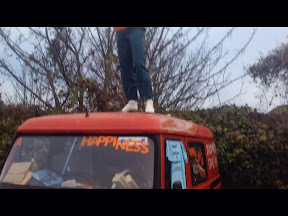 Do you know the difference between a conflict and a dispute? The second requires two people actually expressing the inevitable rubbing up of conflicting strategies; the first does not.
Are you using the energy of conflicts/disputes well such that you are getting better results and less violence (disconnection/demand/deserve thinking/denial of responsibility) each time. To do it differently this time try the free on-line walk-through of your situation via http://CommunicatingNeeds.org

To change your relationships to money, time and community for the better, please read/watch this blog or just phone/text Paul for a chat:
Zero7807 066 202

To register your interest and thereby hasten the convening of meetings for the 20+ other locals who are interested in moving this forward for the welfare of all: http://stleonardstimebank.blogspot.co.uk/p/welcome-register-page.html
And for a general introduction to Timebanking from one of the national organisations who commissioned me to create a social media strategy for them, see: http://timebanking.org.uk

Posted by Paul Crosland at 4:13 AM No comments: Posted by Paul Crosland at 6:20 PM No comments:

May all our work be sanctified


With Dad yesterday. I reviewed the folder featured in this little YouTube film:


Dad said that the phrase "My Work" sanctified what it is I do. Unfortunately he meant this as a "put down". My "lift up" reflection is that I would love everyone to sanctify their work, whatever they do, whoever recognises the work with money or Timebank credits or whatever.


Vajrasattva in the countryside & on the train into London Bridge:

Posted by Paul Crosland at 4:29 AM No comments:

The recipe, so far 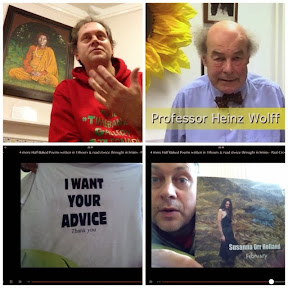 Take one Imperfect Idealist
And add him to Hastings
In the wake of the 2010 Pier Fire
Stir in a family drama,
A couple of IVF eggs
And beat vigorously
With the milk of human kindness.
Heat gently on a griddle
Then describe the product of this riddle
As the sea etc wears the rough edges away. 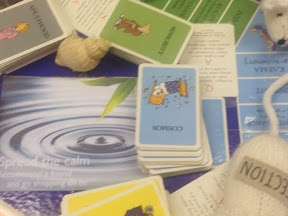 Posted by Paul Crosland at 12:05 PM No comments:

ONE thing that struck me in the letters page (Observer, December 6) was the s**t being thrown back at the council for a campaign that hardly looks likely to encourage behaviour change.

Similarly there was a poignant doubting of the council having undertaken due diligence in relation to the Jerwood Gallery as fostering a sense of (united) community. Thanks to your letters, the over-arching question raised seems to be: “What communications and what art (galleries) foster community?”

Success lies after a number of failures, but only if we as a community can articulate what went wrong. As a critical commentator (on sussexcommunity.blogspot.co.uk etc -as featured in your Tweets of the Week recently) and the main creator of social media about the pier fire (and the subsequent “Pier Fire justice fiasco”), I certainly question time and time again what any of us, in the midst of these disputes, are learning about community development?

Similarly, the Pier Charity Community Shares Scheme only raised a third of the requisite pledges in the first two thirds of the fundraising time.

Failure is looming and the charity is bound by its word in its prospectus to return all money if, as seems all too likely, £500,000 is not raised by January 4, 2014. Can we learn better this time without throwing too much s**t around?

As for the best value for money (community) art in Hastings and St Leonards, I experienced it last Saturday on the Hastings Urban Bikes Illuminated Ride to the North Pole - December 7, 2013 (Google that or find the film on HUB’s Facebook page).

With three interesting locations near the seafront opening their doors and offering drinks to brightly lit cyclists who were following the Christmas Ska coming from a bicycle-trailer-sized sound-system, this co-created community art mobile instalation cost participants nothing and was a joy to behold. Thank you once again to High Tides Cycles, Marine Court for mulled wine and The Admiral Benbow run by Philip Oakley on London Road for all the fun of the fair and Apple Juice, as well as the Rock-a-Nore Pole secret venue.

Peace and goodwill to all men, women and children, whatever role we all take from time to time in fouling or using foul language, blaming or taking responsibility.

And a Happy New Year with the Hastings Pier Fire & Community Development Art Gallery set to open in St Leonards on Saturday, February 1 too.

CONGRATULATIONS to the Seaview Project (on the corner of Hatherley Road and Southwater Road), as reported by you in the Observer (January 31), for raising more funds to feed marginalised individuals.

Thank you also for your separate article about the Museum Art Exhibition of photographs of service users and the touching comment, “They’re my family”.

Unfortunately you may have once again inadvertently spread confusion about the name of local buildings. The Southwater (Area) Community Centre is a separate building less than 70 metres away and distinctively “Salmon” coloured.

Here, next to Platform 2 of Warrior Square station we only occasionally provide free meals. One such date is Saturday, February 15 when a new gallery is opening; previously advertised as the Hastings Pier Fire and Community Development Gallery (as per a letter in your paper on December 20).

For political reasons the gallery name has greatly changed; it is the #2066 #Timebanking Gallery. Vacancies exist for performers and life models for every day the gallery is open. A folk singer from Scotland (http://SusannaOrrHolland.com) is due to perform the free gig after the free buffet on February 15 for those who have booked by texting confirmation from Zero7807 70 66 202 or registering on http://stleonardstimebank.blogspot.co.uk or on the [Action for Hastings Happiness] Facebook page [https://www.facebook.com/pages/Action-for-Hastings-Happiness/205287996172754?ref=ts&fref=ts]

Thank you again for this opportunity to correct things and announce a new phase of Community Projects in the Gensing area, north of Warrior Square station.

Posted by Paul Crosland at 12:36 PM No comments: