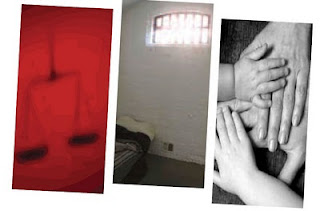 I've worked in restorative justice, and more specifically victim-offender mediation, since the 20th Century, as evidenced on the CV parts of this blog. I've worked in many different roles within a movement that seeks:

What we surely all want from Restorative Justice in the wake of a crime is for action to be taken; actions that work for victims, offenders, communities and the criminal justice system. Actions that generate a healthier future for us all, having 'sucked the marrow' out of the conflicts and pains we've been through.

A justice system that respects all, restores dignity, heals social rifts and can easily win public confidence is 'The Holy Grail'.

In relation to this holy grail, I no know one better than Dominic Barter to talk to; the guy who is (to me) the most inspiring restorative practioner in the world, Dom's work has been summarised in the report entitled 'Radical Efficiency',p42-45, 2010,NESTA -London.
http://www.nesta.org.uk/news_events/events/assets/events/radical_efficiency_launch
(NB NESTA is the National Endowment for Science, Technology and the Arts ).

Please note that NESTA has funded the first stages of setting up the 'Safeground team' in which I work. Safeground -and Restorative Technology Ltd- has produced software (under wraps) for a facilitated web communication tool for restorative justice.
NESTA has also chosen Safeground as one of their 10 case studies of digital disruption:
http://www.nesta.org.uk/areas_of_work/public_services_lab/reboot_britain/assets/features/safe_ground
All 10 Case studies and some valuable introduction about Digital Disruption is at:
http://www.nesta.org.uk/library/documents/DD_CaseStudies.pdf